How Lagos became the new fashion capital of the world

Stylist discovers the Nigerian city at the epicentre of a global fashion movement.

If you want to understand Lagos, start with Balogun market. A city within a city, it spills out onto the many streets of Lagos Island, as one of the biggest street markets in Africa. Beaded fabrics and woven mats in orange, green and blue hues explode off the pavements. Earthenware pots and baskets form teetering pyramids as thousands of shoppers dip and dive between them. The breeze carries the sweet aroma of suya – grilled, spiced meat on sticks – and rustles fabrics that drape down 15 feet from their hangings high above stalls. Every conceivable space is filled with people and products. Traditional carved sculptures jostle with Chinese imports – buckets, trinkets, costume jewellery. The rev of the okadas – the motorbike taxis that are the best for dodging through traffic – is never far away. Balogun market has all the hustle and the energy you’d expect in the centre of a global megacity. But there’s a new creative revolution going on. Because Lagos is currently the most exciting place in the fashion world.

Interest in Nigerian and Nigerian-influenced fashion has been building for a while. Michelle Obama is a long-term fan of Nigerian-born, British-based designer Duro Olowu. Lagos’ Maki Oh is another Obama favourite. Amaka Osakwe founded the label just nine years ago, but she’s secured commissions from Lupita Nyong’o, Kerry Washington and both Solange and Beyoncé. Lady Gaga wore a Maki Oh top in A Star Is Born. Stylist cover star Chimamanda Ngozi Adichie launched her Wear Nigerian campaign in 2017 and is now only seen in designers from her home country, garnering of thousands of Instagram likes in the process.

Lagos Fashion Week, taking place each autumn, started in 2011, attracting international press and buyers (and street style photographers – shots appeared in Vogue, GQ and The Guardian). Arise Fashion Week, held in the spring, returned last year, following a six-year break, with Naomi Campbell on the catwalk. When Nike designed the kit for Nigeria’s football team during the World Cup, three million pre-orders were placed and it sold out in minutes. 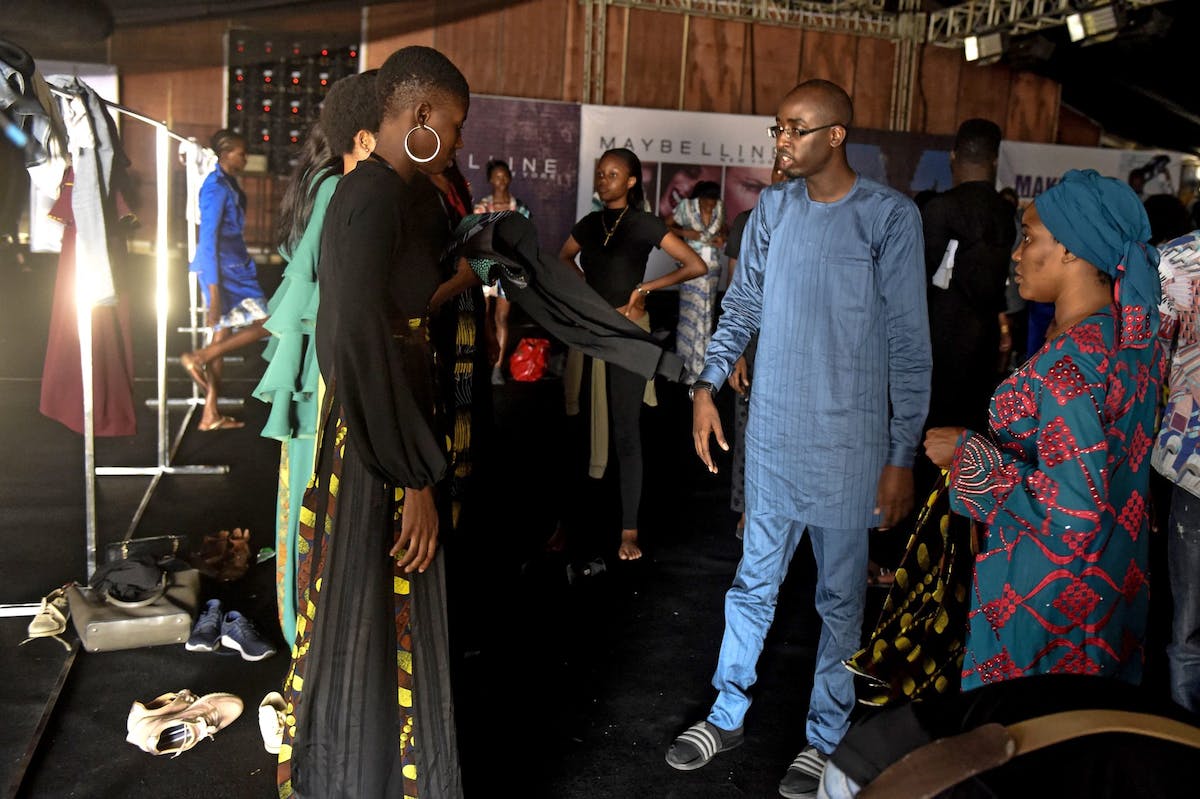 “I imagine working in Nigerian fashion now feels somewhat akin to London during the Mary Quant youthquake period, or circa Vivienne Westwood, Malcolm McLaren and the Sex Pistols,” says Isoken Ogiemwonyi, the editor-at-large of BellaNaija Style, the fashion channel of one of Nigeria’s biggest websites. “The entire scene is bursting with this frenetic energy.”

There are heavyweights like Olowu and Folake Folarin-Coker of Tiffany Amber. Folarin-Coker has been running the luxury label since 1998 and Adichie and Campbell are both admirers of her brand of glamour. There’s Kenneth Ize, who focuses on quality and craft skills when making his unisex clothes and is stocked in shops in Japan, Austria and Switzerland. He only graduated from university in Vienna in 2013.

Funke Adepoju’s last collection mixed Nigerian influences with Spanish flamenco styles and her designs are popular with Lagos’ elite. Streetwear is taking off too. WAFFLESNCREAM is a skate collective that also produces a sought-after clothing line. Modus Vivendii, who describe themselves as being London-Lagos, have collaborated with Tinie Tempah, Off-White’s Virgil Abloh and Nike.

There are shops like Alára (which means ‘wonderous performer’ in Yoruba), a concept store selling cutting edge style and homeware. Founder Reni Folawiyo has been on the BoF500, a list of the most important people in fashion collated by industry publication Business Of Fashion, for the last four years. “It’s Lagos’ version of Dover Street Market,” says Irene Agbontaen, a British- Nigerian designer who has shown at Lagos Fashion Week. “Then there’s Temple Muse. The founder [Avinash Wadhwani] used to work at Selfridges before setting up in Nigeria.”

The boom isn’t just confined to fashion. The Nollywood film industry has long been the world’s second largest, behind Bollywood and ahead of Hollywood, and is now attracting global investment from companies like Netflix. The Art x Lagos fair is in its third year, pulling in 22,000 visitors during that time. Musically, the Afrobeats scene has exploded globally. The remix of Wizkid’s 2015 hit Ojuelegba featured verses from Drake and Skepta. Wizkid collaborated with Drake again on One Dance and went to number one in 15 different countries, including the UK. Last month Davido came very close to selling out London’s O2 Arena and was introduced onstage by Idris Elba.

“Music is the bus that is taking us all forward,” says Agbontaen, who curated a massively popular pop-up for Wizkid when the musician launched a line of merchandise at exclusive New York streetwear shop Reign. “It’s cross-cultural, there’s interest from people in Britain and the US and all over.” 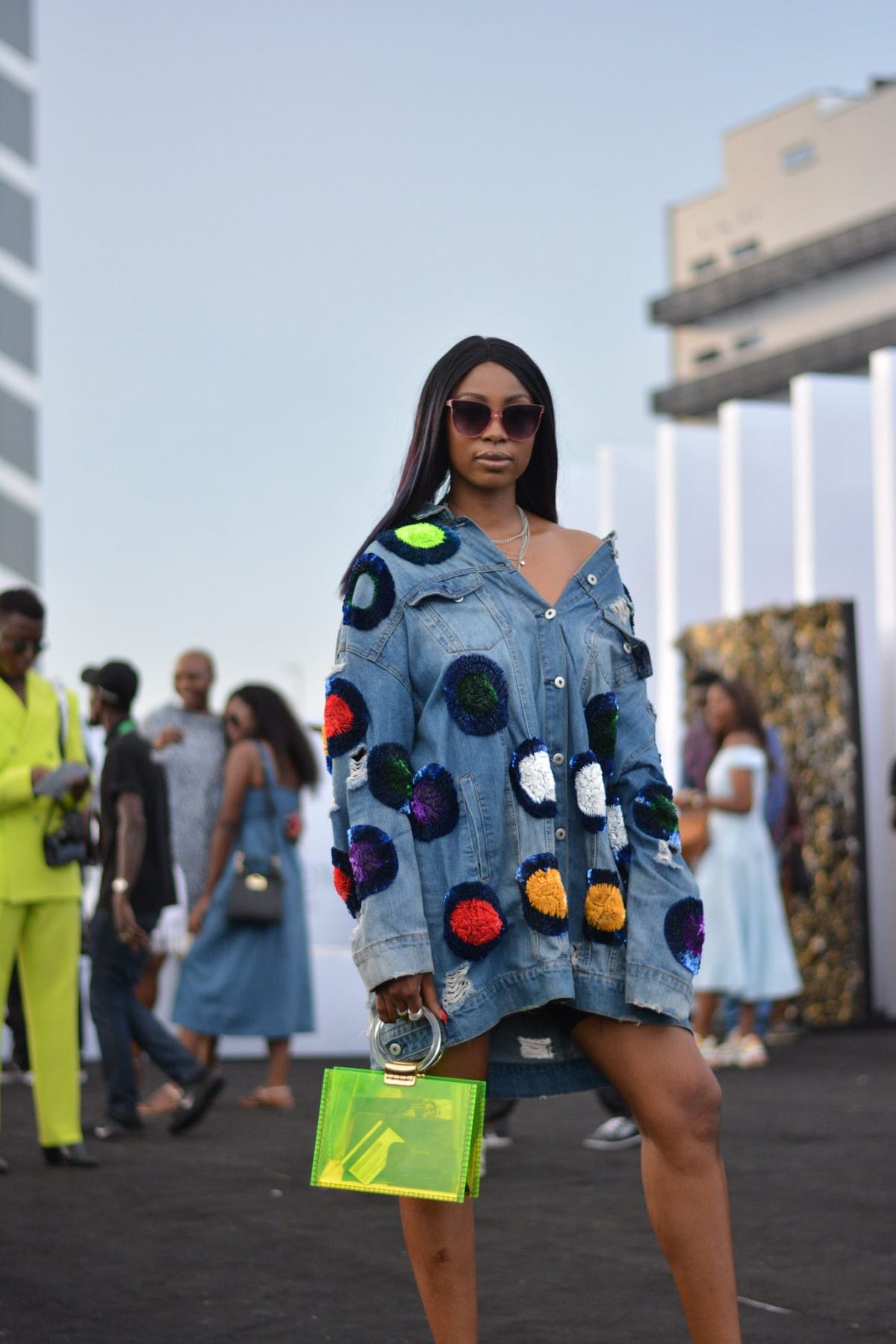 The popularity of musicians, artists and designers has partly been propelled by the Nigerian diaspora – the UN estimates around 1.2 million Nigerian-born people are living abroad. Many of those people have children and grandchildren, who did their growing up in different places, but also feel connected to the country. “There are so many of us who were born here, but also have a culture from elsewhere,” says Agbontaen. “My whole collection is based on being a British-born Nigerian.”

“It was a cuss to be Nigerian when I was at school,” says Grace Ladoja, manager of fellow British Nigerian, Skepta, and the founder of Metallic Inc, a talent management and media production company. “But now people are looking and what they’re finding is so inspiring.” She mentions a group of creatives who have links with Nigeria and the UK: photographer Ruth Ossai, designer Mowalola Ogunlesi and stylist Ib Kamara. “It’s about everyone working together and becoming bigger than just one person could be. It’s so creative.”

For many, the joy comes from the interplay between the two countries they call home. Lagos provides opportunities, as well as inspiration. Koye Adesanya celebrated the third anniversary of his Anglo-Naija streetwear brand Mojo Kojo last month by producing a special Made in Nigeria run. “I lived in Lagos between the ages of 10 and 13 and I’m inspired by its vivid landscapes and determined people.” His work has been worn by US rapper A$AP Ferg and stocked in Urban Outfitters. When Agbontaen showed her TTYA brand at Lagos Fashion Week, Beyoncé called in the whole collection. Ladoja is a co-founder of Homecoming, an Easter-time festival aimed at locals in Lagos and anyone who “wants to go home to their continent” and celebrate.

But it’s also about giving back. This year’s Homecoming will also incorporate 12 weeks of courses, training people on how to deal with the business side of the creative industries. Ladoja also had the opportunity to take Nigerian design to the heart of the British establishment when she was awarded an MBE in the 2018 Honours List. “I had some issues about accepting it, I’m not particularly pro-royal,” she says. “But it was an amazing honour and I wanted to show a future generation of people like me that you can work in your own way and be successful and be recognised.” She wore a dress made by Lagos brand Grey to meet Prince Charles. “I felt regal. I felt connected to every part of my identity.”

Nigeria’s traditions have also played a part in the fashion renaissance. The new wave is using older skills and symbolism in an entirely fresh way. “I’m really enjoying brands like Fruché and Nack Apparel that are reinventing symbology specifically from my culture for the modern age,” says Ogiemwonyi. Fruché’s last collection drew on both Nineties minimalism and traditional Bini clothing to create something entirely new. Kenneth Ize’s use of weaving has given new life to a technique many considered old fashioned. “It’s very exciting to be among young designers who’ve found ways of reinterpreting this heritage.”

“Lagos is craftsmanship,” says Agbontaen, considering what makes the city different to other fashion hotspots. “More of the fabrics, more of the labour are sourced locally. It’s a city of amazing seamstresses. So much of the making can be kept at home.” While in Nigeria, Agbontaen visited a group of indigo dyers and couldn’t resist getting the women to dye a pair of Nike Air Force 1s. “Use local people and pay them,” she says. “It’s a way of giving back and also being respectful.” 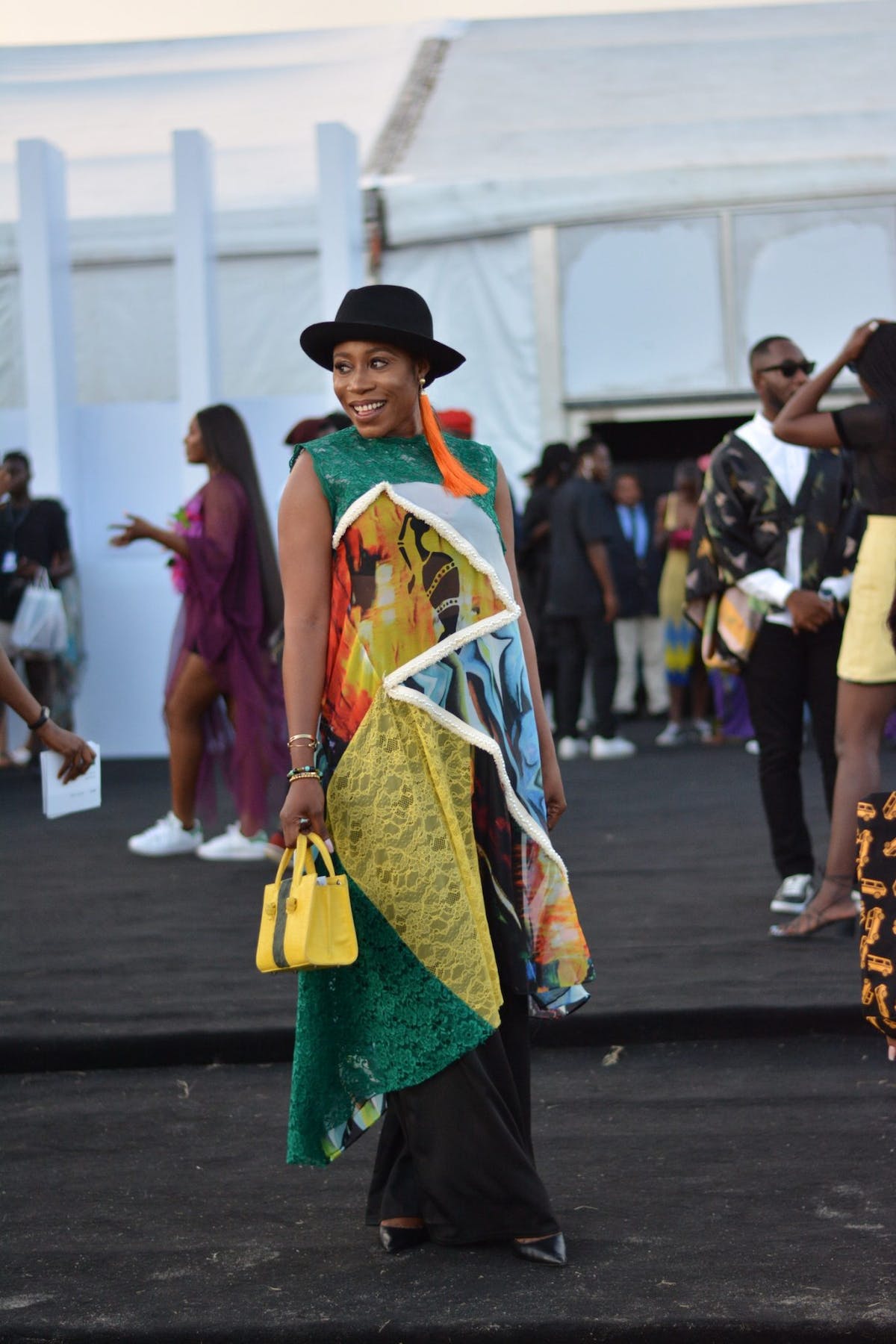 Lagos has long been a stylish city, but it was hard to show that to the world at large. The internet, predictably, has changed things. “Social media has helped a lot,” says lifestyle influencer Ivy Ekong, who also runs an eponymous fashion brand. “Nigerian fashion designers can now be seen worldwide.” There’s also the ability to sell globally too. Investment in international shipping has meant designers across Africa no longer have to rely on being chosen by a buyer from a foreign department store. They are free to capitalise on the attention attracted by celebrity fans and Instagram likes.

“Previously,” says Ladoja, “people would have to leave Nigeria. But these changes allow brands to sell in a global way.”

Nigeria still faces many challenges. There are stark divides between rich and poor, and between urban and rural. Terrorist action by Islamist militants Boko Haram has caused thousands of people to flee their homes in the north. But, according to Forbes, it’s the biggest economy on the continent. It’s also an incredibly young country: 60% of the population are under 30.

“The Nigerian fashion industry is united by youth culture and music,” says Ogiemwonyi. “It’s kind of inevitable that the 18-35 demographic really pushes the needle as they are the main consumer. I think it also makes us more resilient, more willing to try and adopt new things.” The huge amount of young people represents a relatively untapped market for brands like Heineken who sponsor Lagos Fashion Week, or Nike, so they are willing to collaborate with local talent. Smaller designers are understandably wary about big brands co-opting their work and culture, but it does also provide investment and yet more visibility.

“There’s so much talent. The products they are making are so interesting”

The creative energy is undeniable though. “There’s still an organic feel to Lagos,” says Agbontaen. “You can connect with people. Older media still plays a part, billboards and radio and TV, so everyone can see what’s happening. Lagos is loud and colourful and bold and vibrant and noisy. Everything is amplified.”

“The actual truth is that you’ve never seen brands like this,” says Ladoja. “There’s so much talent. The products they are making are so interesting. Beyond the noise and the hype, at the very core, is really good work.”

The bustle of Balogun market is one kind of Nigerian energy, but, big as it is, the market can’t match the new fashion and creative crowd. They’re poised to take over the world.